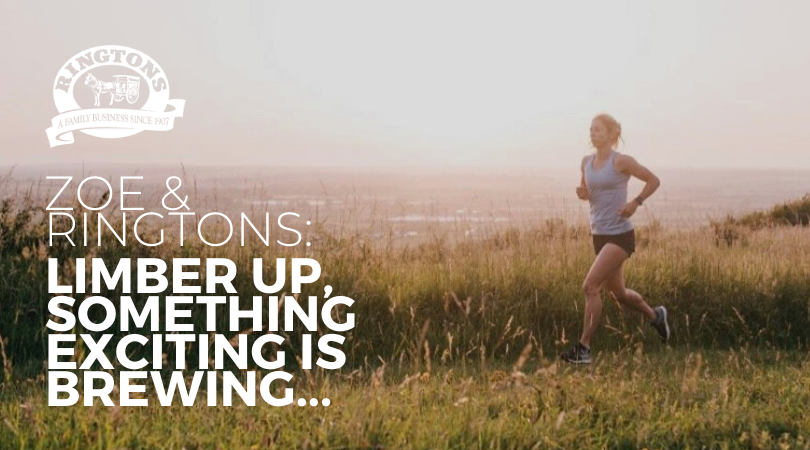 We are extremely proud to announce that we have tea-med up with Master Athlete (& 5th generation family member) Zoe Doyle, as she eyes up more medal wins in 2020!

Zoe is currently ranked W40 nationally for the 800m and 1500m. She holds the title of European 1500m Champion and World indoor Champion over 1500m and 3000m. She has most recently been selected to run cross country for England W40 Team and is eyeing up even more challenges as she looks ahead to 2020… Oh, and she just happens to love tea!

Despite her own health complications including an auto immune liver condition (which she is now in full remission from), several stress injuries and even being advised not to run by a specialist due to shallow hip sockets, Zoe has attributed her running success and overcoming medical concerns to her healthy lifestyle and positive attitude.

Zoe is based in Berkhamsted, but heralds from the north east of England where Ringtons was first founded by her great, great grandfather Samuel Smith in 1907.  We sat down for a cup of tea with Zoe to chat about why a partnership with Ringtons makes the perfect blend:

Nigel Smith, Ringtons Chairman added: “My great-grandfather was a renowned philanthropist in the north east of England and was particularly well-known for supporting local sports clubs and there are a significant number of ‘Ringtons cups’ still being played for within a number of running, tennis, football and bowling clubs.  As the fourth generation to head up Ringtons alongside my brothers Simon and Colin, we have continued this family tradition and also support several sports clubs, and we are delighted to be able to extend this to Zoe, not only as a family member but as a very talented athlete, as she strives to gain even more running titles and compete at an international level.”

Aside from her other commitments and busy lifestyle, Zoe is also a run ambassador for Ashmei and the fantastic photos in this blog article are courtesy of a recent photoshoot with Ashmei.