X
We use cookies to give you a delightful shopping experience. We'll assume you're ok with this, but if not, you can learn more about it here. click here
More Info
Accept Cookies
Menu
Uncategorized

We recently teamed up with END clothing to celebrate the release of the New Balance 576 Made In England Tea Pack – inspired by English Breakfast, Earl Grey and Peppermint tea. The ‘Tea Pack’ comprises of three colourways of New Balance’s ever-popular 576 style shoes, each colourway inspired by the three most popular varieties of tea at the NB factory in Flimby; English Breakfast, Earl Grey and Peppermint. Each style includes a tongue label graphic highlighting the specific tea that inspired its colourway and matching lace lock. High-end material executions for this premium pack include luxury nubuck and pigskin uppers and extra laces packaged in a collectable tea bag.

For the launch party at END Clothing in Newcastle Upon Tyne’s fashionable High Bridge Quarter, Ringtons supplied a selection of Loose Tea and some of our infamous Tea Infusers. The END crew deliberated which blend made the best brew over some iced teas and beers in the End Hunting Co. store while their customers entered a draw where they could win one of each trainer in their size.

The launch was a great success and we’re definitely going to be purchasing our own pair of tea inspired shoes!

Check out END Clothing at www.endclothing.co.uk 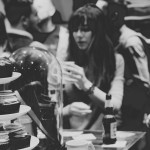 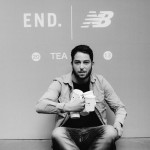 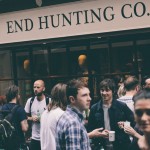 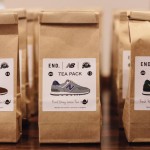 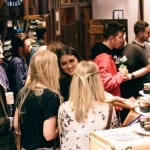 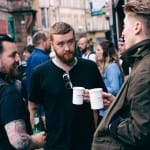