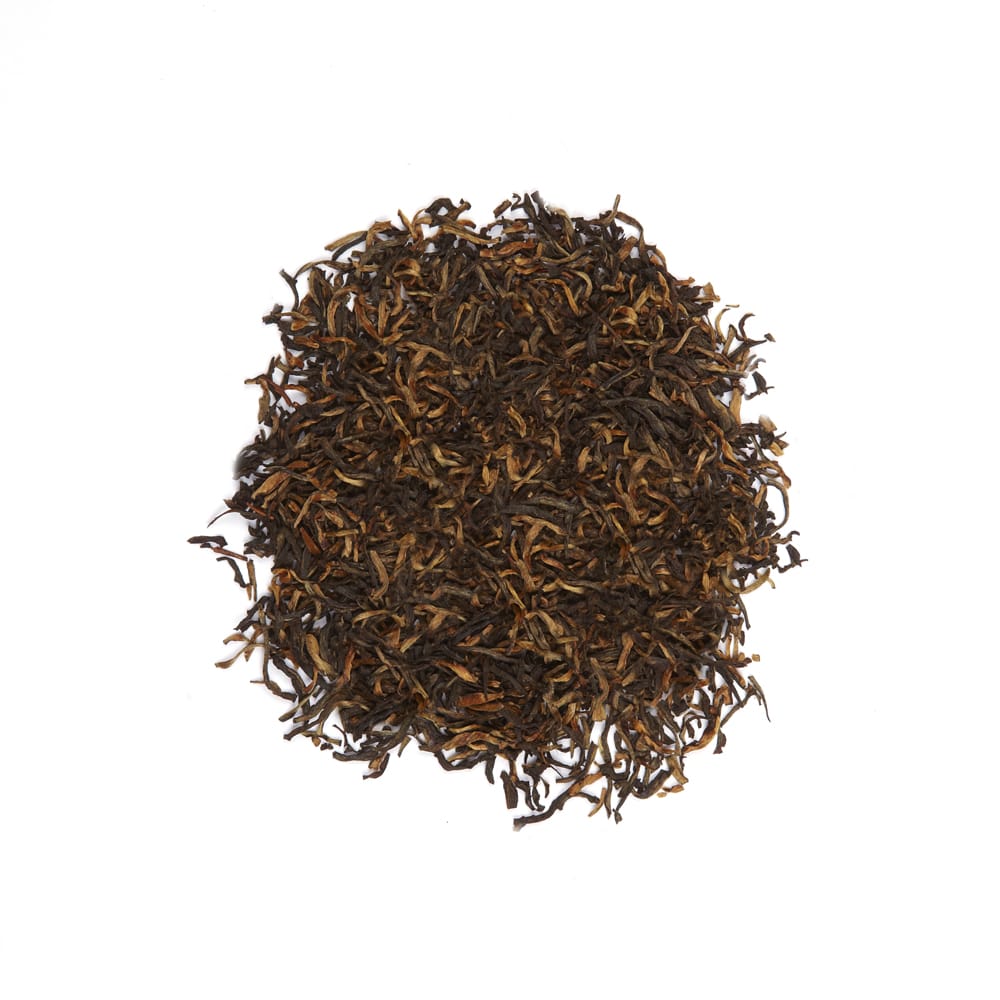 Our special Assam has come from the Attabarrie tea garden in Sibsagar district, a region characterised by a highly humid atmosphere and heavy rainfall during the Summer. Attabarrie regularly wins prizes for the quality of its orthodox leaf teas. The Sibsagar district has a rich […] 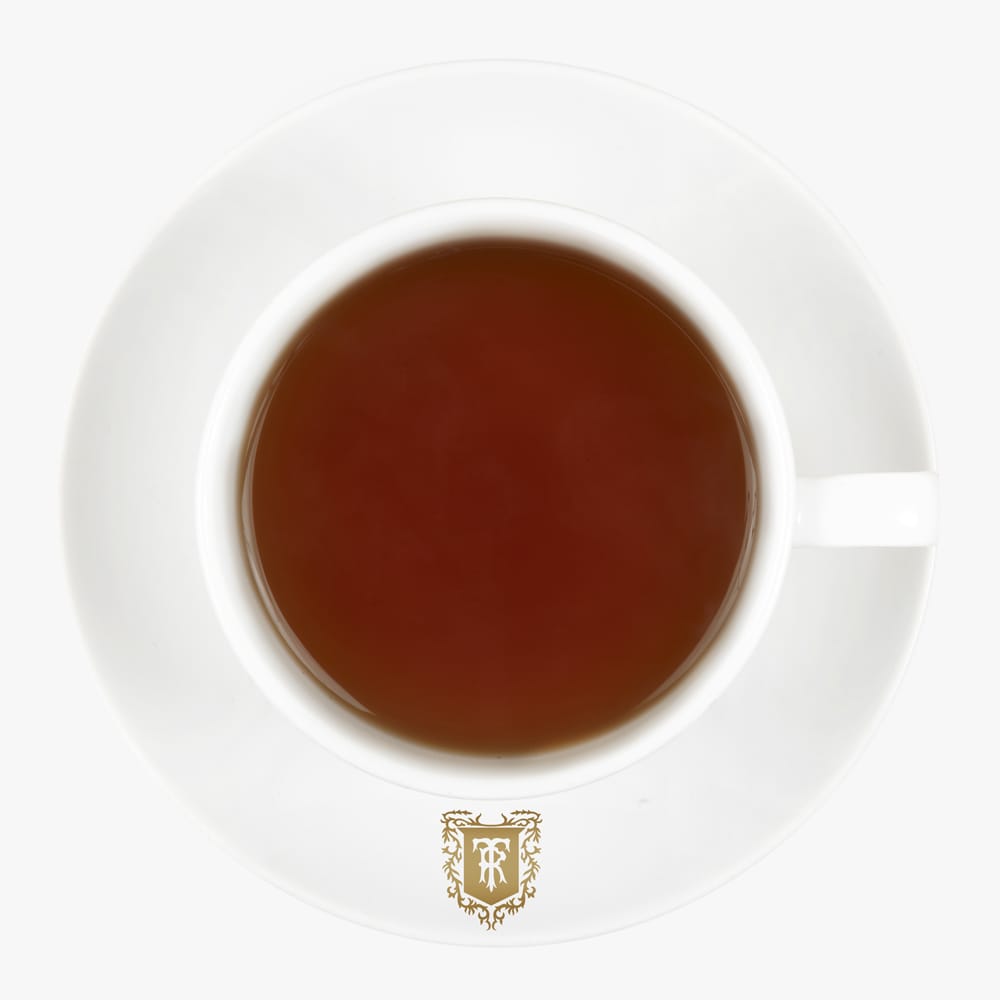 This very special Ceylon tea from the distinguished tea estate Vithanakande is renowned for the purity of flavour as it is only cultivated in the rarest of clear air environments. A Scotsman named James Taylor first planted 19 acres of tea bushes in Ceylon (as […] 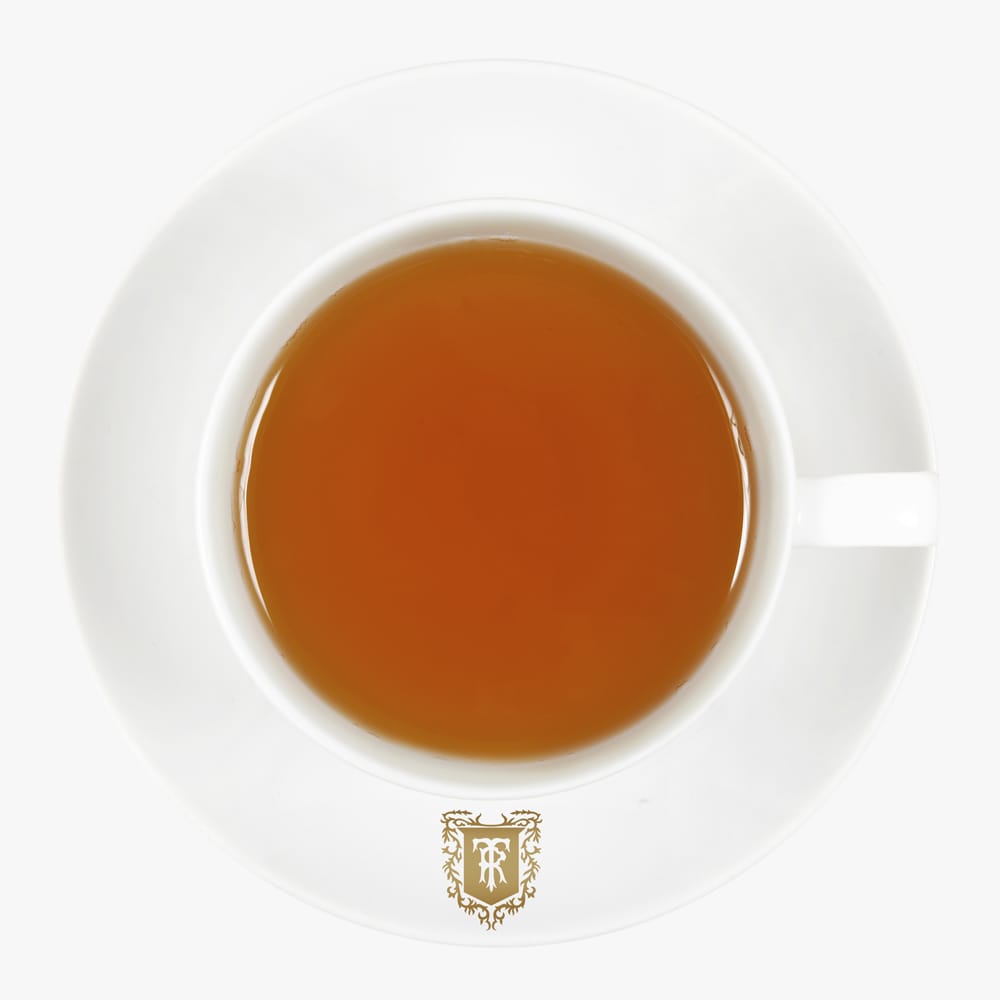 Gyokuro which translates to ‘jewel dew’ is recognised as one of the finest green teas in the world. Its name refers to the pale green colour of the infusion. Gyokuro differs from the standard ‘sencha’ in being grown under the shade rather than the full sun.

Legend tells of a Buddhist monk who sat on a hillside meditating daily. From his position he could see down to the river below where locals would come to swim in the cool waters. One day he saw a local girl and her beauty was unlike anything he had ever seen. Her eyes were as green as jade and her hair shone like black marble. He thought her more beautiful than the flowers or the glinting of the sun on the river. His superiors told him to forget her and his feelings for her would pass, but he could not forget her. One day he travelled down the hillside to the river and introduced himself to the girl. They talked for hours, sitting in the shade and enjoying the cool breeze from the water. The monk promised the girl he would leave the monastery and return the next day to ask her father for her hand in marriage, but when he arrived at his monastery that evening, they were very displeased with him. They immediately forbade him to leave his life as a monk and sent him to another monastery many miles away where he would not be tempted.

The girl waited for her beloved the following day, and the day after that, and the day after that. He never returned. She could often be heard crying for her lost love. At dawn, locals would find pale green dew, said to be her tears, covering the tea bushes that grew in the shade by the river, where once they had sat together. 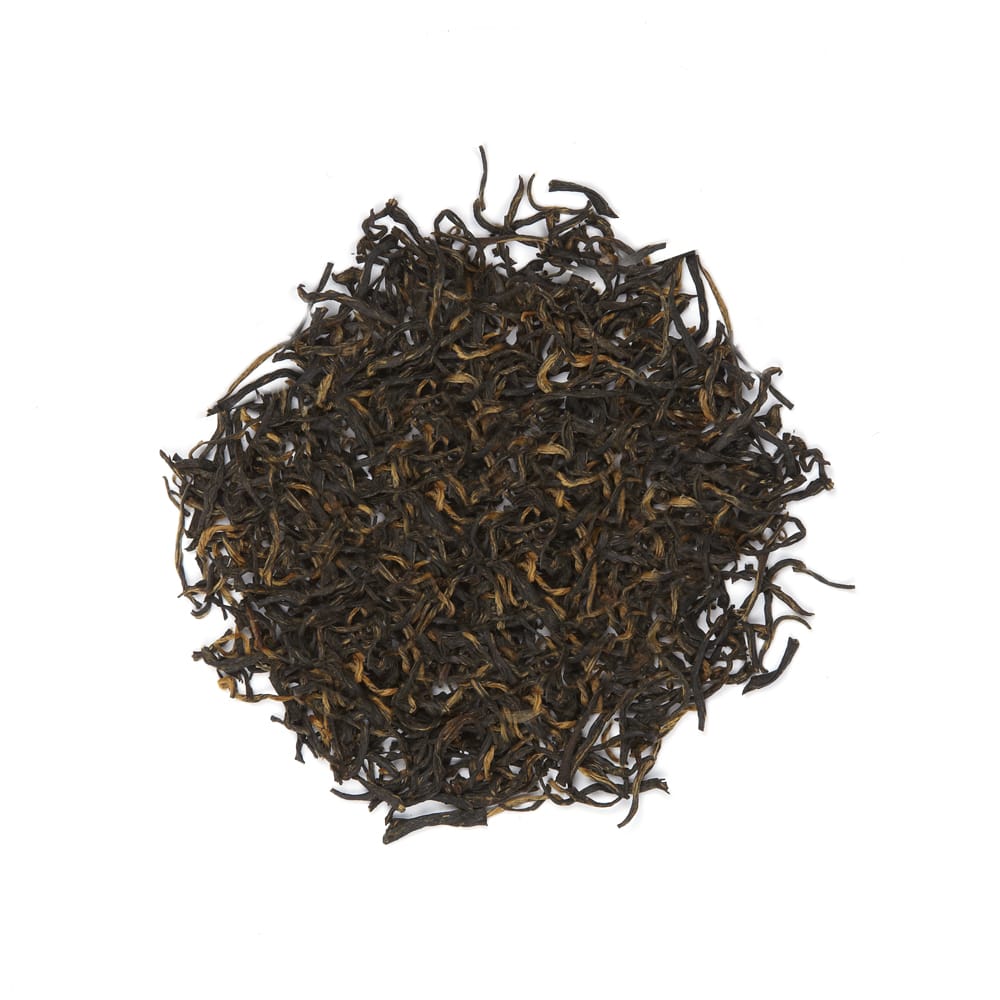 Our Authentic Golden Monkey (Jin Mao Hou) comes from Fuan county, Fujian province and is named after the appearance of the leaves. Only the bud and first leaf are picked, and the tea leaves are characterized by the pale gold threading which resembles monkey fur. […] 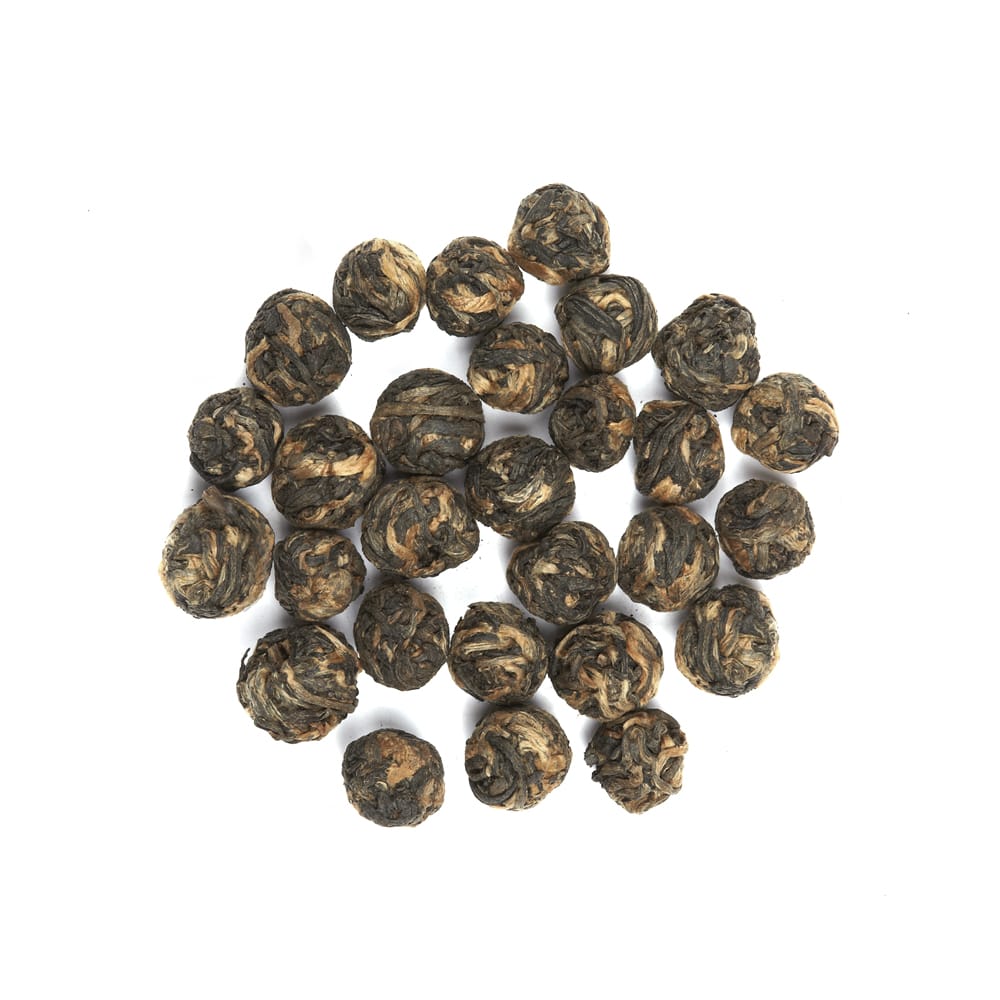 These pearls are made using small leaves from white tea bushes in Fuding, a mountainous region with a good deal of seacoast on Fujian’s border with Zhejiang province. The tightly rolled balls are repeatedly scented with fresh jasmine blossoms which creates the appealing fragrance. Pale […] 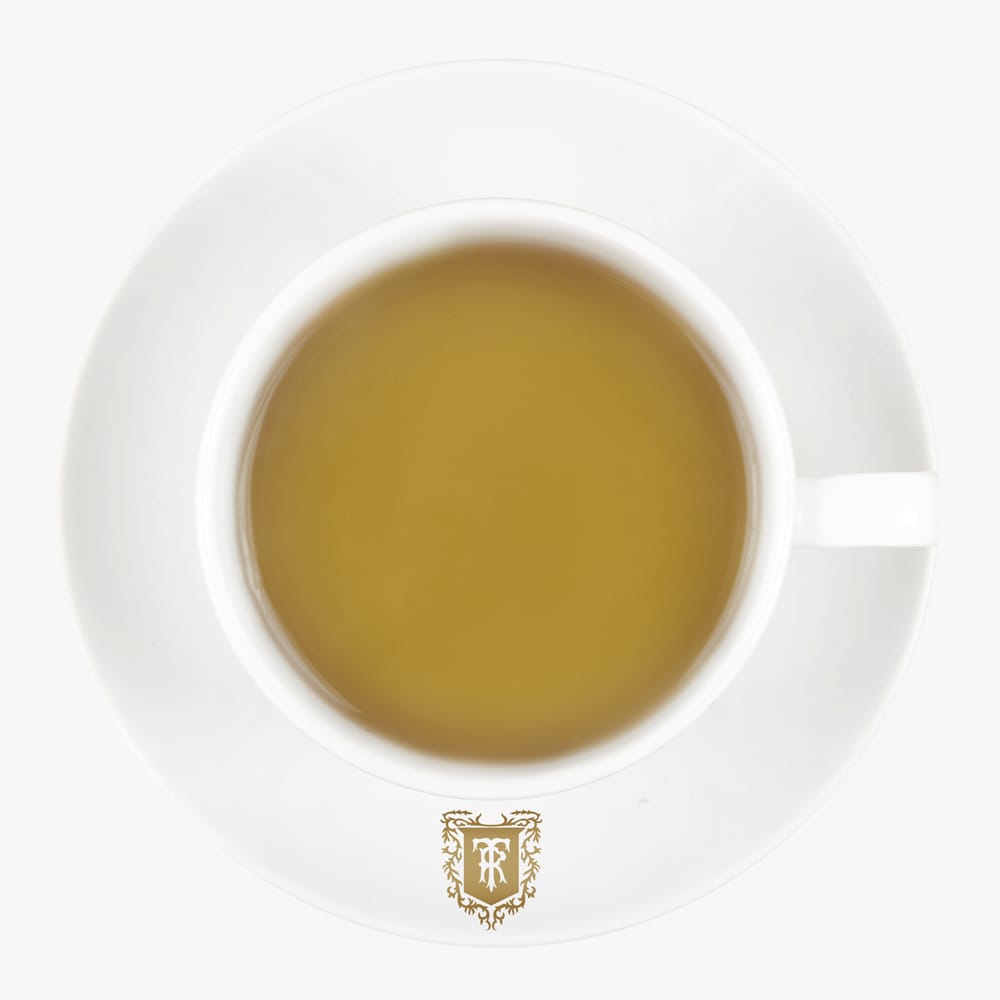 This Darjeeling Tea produced in the gardens of Thurbo in Nepal is highly regarded and has a rare and delicate fragrance. The hybrid of Chinese and Assam features create a tea which is bright and full of flavour, and also beautifully rounded and sweet. The surrounding orange orchards and orchid farms all add to the exotic charm of this tea.

The unique name of the tea relates back to an historic event in the area.

Between 1814 – 16, the Anglo-Nepalese War raged. It was also known as the Gurkha War. Fought between the Kingdom of Nepal and the British East India Company as a result of border disputes and ambitious expansionism on both sides, this was to herald a significant change in both countries.

The British attacked, while the Nepali defended, under the guidance of Captain Balbhadra Kunwar. His army of 600 contained men, women and children, while the British army of 3500 contained only men. The Nepali took refuge at a strategic fort hill but after a month, the British realised they could not win with their military efforts and so tried to cut off the water supply to thirst the Nepali out.

Still the Nepali were determined to defend their position. They walked out of the fort in single file, drank from the river and went back inside. The British looked on in amazement.

After several days, Captain Balbhadra emerged with drawn Kukri’s (utility knives) in his hands and 70 survivors. He roared at the British “You could never have won the battle but now I myself, voluntarily abandon this fort. There is nothing left inside but the corpses of women and children.” He and the remaining troops then escaped into the hills.

The soldier-poet, John Ship, wrote about the Gurkhas:

Or bravery exhibited in my life.

Run they would not and of death

They seemed to have no fear

Though their comrades were falling

Thick around them, as bold

For we were so near to know

That every shot of ours told.”

The place in which the British built their camps was called “Tombu”, which means “tent”. Over the years, this became known as Thurbo and is the very place this tea grows, and why it is named Darjeeling Thurbo.

The exotic gardens are said to now be blessed by nature itself, as a reward to the Gurkhas for their immense bravery and determination to their land.