Our special Assam has come from the Attabarrie tea garden in Sibsagar district, a region characterised by a highly humid atmosphere and heavy rainfall during the Summer. Attabarrie regularly wins prizes for the quality of its orthodox leaf teas.

The Sibsagar district has a rich history and was once ruled by the might “Ahoms” for over 600 years. Ruins of their temples still exist today. The Ahoms were originally a Burmese Shan tribe, said to have withstood 17 invasions. The first Ahom King arrived in Assam with nobles and 9000 people in tow. They earned the name “Ahom”, meaning “unequalled” because of their values and bravery.

Sometime in the year 1500, the Ahom King was unseated. He managed to hide himself in a nearby hill, but his enemies chained his Queen to a tree and tortured her with leaves of a poisonous plant. They set free all sorts of bugs for stinging her. The Queen bravely bore this for 18 days and when her husband visited her in disguise, just before she died, he lost his cool, assassinated the pretender to the throne and fled.

He was helped by an old lady in hiding from the marauding army. She gave him shelter, food and drink, and spiritual guidance. He was terribly sad after the cruel loss of his Queen and slowly the old lady helped restore his faith and confidence. She introduced him to a golden tipped tea plant, which he nurtured and cared for and it became part of his daily routine to drink the tea after his morning meditation. When the plant was regularly flourishing and in excellent condition, the old lady knew he was ready to regain his kingdom.

Years later when the King returned to power, he expressed his gratitude to the old lady by constructing a bridge on the stream near the spot with only a single stone piece. This was considered a great civil engineering feat at that time. It is said that the same bridge still exists, over which the present national highway runs. The tea still flourishes and the Attabarrie Tea Garden in which it is grown, regularly wins prizes for the quality of its orthodox leaf teas. 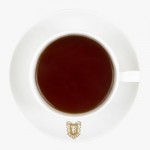