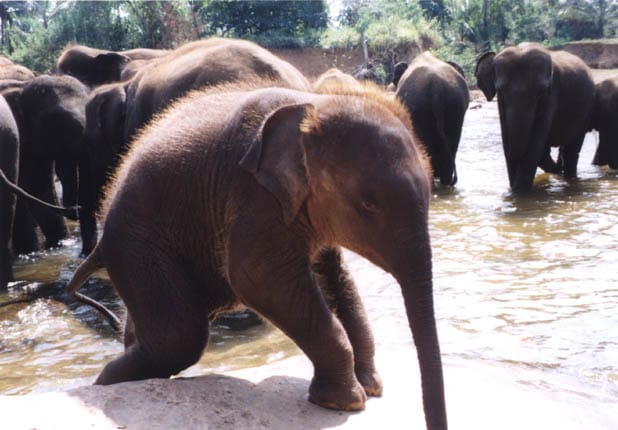 Arrived Mysore 10:45am and went to Metropole Hotel. Visited Seringapatam – fort of “Tippu Sultan”, his summer palace and tomb. Also the tomb of Tippu’s father, Hyder Ali Khan, and the memorial to Colonel  Baillie; the cemetery of British Soldiers at Gangam village and the dungeon in the fort where Tippu kept British officers imprisoned for four years. Tippu Sultan was the most treacherous of all the Indian rulers and he was the last to be conquered. The Battle of Seringapatam (1799) was one of the most famous of the Indian conquest and the Commander-in-chief of the British Army at this battle was Colonel Wellesley, afterwards Duke of Wellington. Tippu Sultan was slain in this battle.

Visited the Palace of the Maharajah of Mysore and saw the Armoury, Durbar Room, the room in which the Gods are kept and the room where he keeps his presents – gold and silver caskets, scrolls and sandal wood caskets. Beautiful work – what colour and wealth! Visited the Charmundi Temple at midnight and saw the lights of Mysore from Charmundi Hill – 800 feet high. The Maharajah is great on electric lighting – very wealthy and he does not spare it. We were driven there by our friend from the film studio. The film is “The Elephant Boy”, and is being produced by Mr. Flaherty for the London Film Production Co.  Mr Flaherty produced “Man of Arran”, which had a good run in England a short time ago. We met Mr and Mrs Flaherty in their dimly lighted garden, and whilst we were talking I noticed a black mass close by which ultimately moved and revealed itself as a tremendous elephant 9’ 10’’ high. He was finishing his day’s rations – 800lbs of leaves and branches of trees. I was told the elephant had run amok a month previous  and I looked around to see where I could run if he repeated the performance. It was very weird in the deep shade, knowing that they also had pet leopards in the garden. Left Mysore at 4pm on Tuesday for Bangalore. Had dinner with the Richardsons at the West End Hotel and then left for Bombay at 9:30pm on the 19th November. Bombay was reached at 6am on Thursday, the 21st November and in the evening we boarded the streamer “Strathaird” for Colombo. Since leaving Newcastle four weeks ago we have covered over nine thousand miles by train, boat and motor car. Bangalore and Mysore are very fine places and the districts are fertile, rice, bloom and trees. Other districts vary, some are rocky and sparsely cultivated. Indians appear to be thin and underfed and don’t mind dirt. A good deal of spitting and they squat anywhere and are mostly barefooted. In some parts they wear very little clothing. The better class have most expensive wraps – saris – and many Hindus have various markings on their faces. Red and white downward strokes in their foreheads and red and black spots in the middle of their foreheads denoting their caste. At Bombay we had a run to the Breach Kandy Baths with Mac. Left him there and went to find a Jesmond young man named Milburn. Sergeant Milburn has a position in the Bombay police tantamount to a Hackney Carriage inspector in England. Found him at his chummery having his afternoon siesta. He dines with us at the Taj Hotel on January 21st, 1936. After dinner we boarded the “Strathaird”.