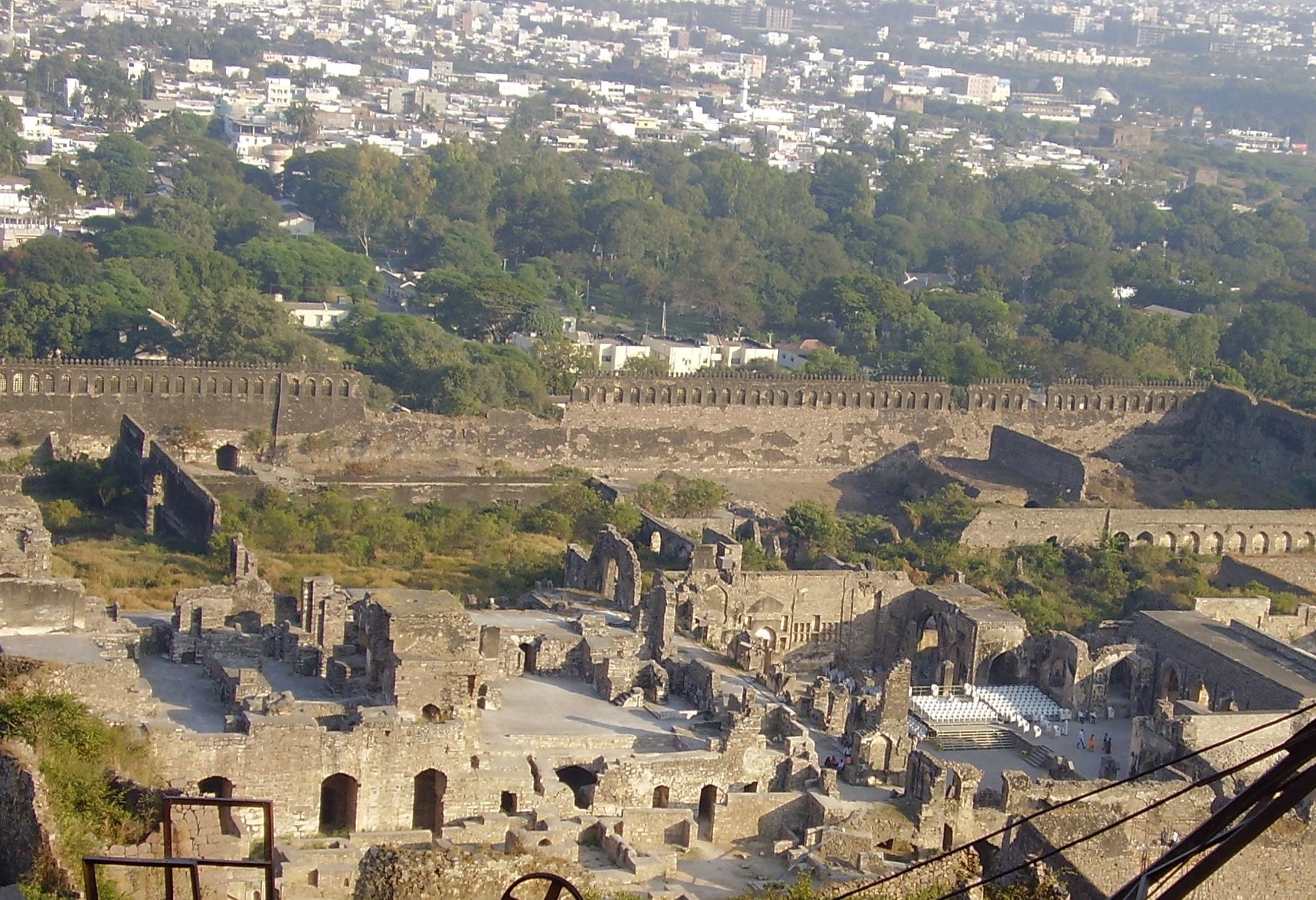 Motor run to the fort of Golkonda and the Burial Ground of the Kings of Golkonda. They put up wonderful buildings over the tombs of their Kings. The archaeological department have taken these over and are busy restoring them. Mac met a Keighley, Yorks engineer in the hotel and is off to have a bathe with him. Have to pack tonight as we leave for Bangalore by the 6:40am train, due to arrive at 6:15am the next day, nearly 24 hours in the train. There are a great number of bullocks and buffaloes, goats and donkeys here. The bullocks and buffaloes are used for transport and working any antiquated machine, such as walking in a circle pulling a round stone which grinds and mixes lime for builders. On our motor drives we have seen big monkeys sitting by the road side and swinging from tree to tree. The Nizam of Hyderabad has a very good zoo and this is being improved and extended in honour of his Jubilee which is being celebrated next year. What impresses us is the hundreds of miles covered by us of country resembling Brimham Rocks near Ripon. This part of the country must have been submerged by the sea at one time or there must have been a mighty upheaval or earthquake, although the boulders are rounded as though by the action of the sea. Arrived at Bangalore after being in the train almost twenty four hours.