X
We use cookies to give you a delightful shopping experience. We'll assume you're ok with this, but if not, you can learn more about it here. click here
More Info
Accept Cookies
Menu
Beverages for Business, Lifestyle, Longer Reads, The Latest

In Conversation With: Charlotte

I look after our tea and infusions supply chains: from the point of materials arriving at Ringtons back through each supply chain. This incorporates food safety and food quality ensuring our teas and infusions are safe for consumption, and ethical and sustainability considerations which ensures we source our materials responsibly, for both people and planet.

2: What do you love most about working in the tea industry?

I love how many people drink tea (and how frequently people drink tea), and therefore how people like to engage in conversation about the origins of a cuppa, what constitutes a good cuppa, a bad cuppa and ultimately how it impacts people’s lives all over the world.

3: What’s the question people ask you most about your job?

People want to know where we buy our teas from and why we buy the teas we do. People are often surprised by how much is involved in a cup of Ringtons tea and tea in general – it’s great that I get to engage in these conversations on a daily basis.

Like many other agricultural crops around the globe, I would say that the biggest sourcing challenge we face is climate change. Deviation from normal climatic conditions, including changes to temperature and rainfall, affects agriculture and those people whose livelihoods depend on it. Tea production requires stable temperatures and regular rainfall. Increased temperatures and decreased rainfall can result in reduced leaf quality. In recent times extreme weather events have hit tea growing origins, such as Cyclone Idai that affected Malawi and Mozambique, as well as Zimbabwe.

The Ethical Tea Partnership (ETP) – a not for profit membership organisation, of which Ringtons are members – works to improve tea sustainability, the lives and livelihoods of tea workers and smallholder farmers, and the environment in which tea is produced. The ETP are working with the tea sector to assist understanding of the implications of climate change and to maintain production in the face of changing weather patterns and growing conditions – which in turn helps us to source sustainably and conscientiously.

5: You’ve recently been on your first trip to visit some of Ringtons’ suppliers, how did you find it?

It was my first time to India and the trip was a whirlwind from start to finish! We did so much in the time that we were there: I was in Kolkata, then Assam and finally Darjeeling. Given the relative proximity of Assam and Darjeeling, both located in West Bengal, there is a great contrast between the two tea growing regions. Assam is hot and humid, and the bushes flush a vibrant green on relatively level plains surrounding the Brahmaputra River. Darjeeling (in March at least) is cooler, and being in the foothills of the Himalayas the scenery is spectacular, with tea bushes gripping to the sides of mountains. The contrast between the two origins was inspiring, and showcases just how variable the tea industry is.

6: Finally, if you’re not drinking tea, what are you drinking?

I drink Ringtons Gold through the day and Pale Ale by night – always sourced locally! 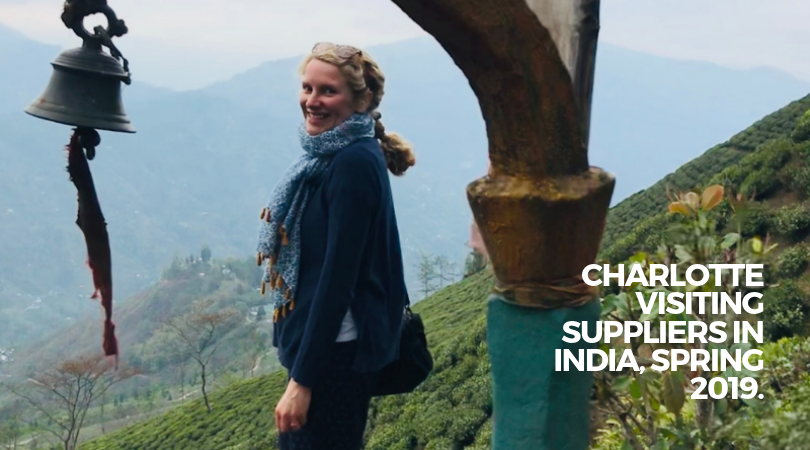