This very special Ceylon tea from the distinguished tea estate Vithanakande is renowned for the purity of flavour as it is only cultivated in the rarest of clear air environments. A Scotsman named James Taylor first planted 19 acres of tea bushes in Ceylon (as Sri Lanka was known then) back in 1867 and since then Ceylon tea is known and honoured around the world for its fine and pure teas. Our Special Ceylon is a wonderful example of this tea experience.

A poor farmer had arranged for his son to work on a local tea plantation. His son was young, lazy and selfish. He refused the job and brought shame on his father. The farmer, although embarrassed, loved his son dearly and believed in teaching by example. So he took the job in his son’s place. He continued working on the farm also, to prove how important it was to live a life of honour, to keep promises and provide for your family. After several months, the farmer was very tired. His co-workers mocked him and his neighbours whispered behind his back, but he would say “Hush now. I am teaching my son. He will learn. Do not worry, he will learn. And he will become a fine young man. You will all crave his presence. Just you wait and see.” He believed his son had greatness in him and that his own hardship was merely necessary.

One day the farmer woke up and was so tired and in so much pain he could barely walk. He asked his son to carry him to work. “Father, if you are really ill, why do you want to go?” “Because,” said the farmer, “I have something to show you”. The son complained for a short while, but when he could see there was no changing his father’s mind, he gathered the weak man into his arms. He was shocked at how frail and thin he had become. As he carried him to work, father and son talked. The son explained his fear of being trapped in a job he did not like and his father explained how many good things can come from hard work and a positive attitude. “There is no shame in being afraid” He said. “There is only shame in never trying, and you will never know how great you can become if you don’t try.”

They reached the plantation and the son laid his father down amongst the leaves. The farmer was very pale and breathing slowly. “Thank you for carrying me”, he whispered and closed his eyes for the last time.

Two days later the son sold the farm and bought a single tea bush and a small patch of land where his father had been buried. He planted the bush there and it grew in abundance. There were many tips on the leaves and the tea was pure of flavour. People came to buy the tea from him, and he hired others to help cultivate more. He would walk the fields, talking to each of the workers, asking about their families and helping them carry the baskets of tea leaves. Everyone who worked for him felt important and happy and they loved to be around him. His father had been right. He was a great man, admired and respected by all who met him. Every night he would visit the site of his first tea bush, where his father was buried and whisper “Thank you for carrying me”. 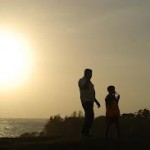 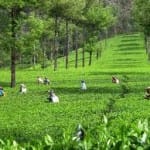 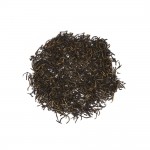