The garden at Goomtee has a record of producing premium quality teas every season and this is no exception. The tea is given an extra baking process to improve its keeping quality, making it ideal for all year round drinking. Goomtee is not part of a large estate group and stands on its own as a true heritage property. The Partners have been privileged to manage it since 1995 and the third generation is now ready and eager to continue with the tradition while experimenting with new processing methods.

We have selected teas produced at the very beginning of the new season to ensure a classic First Flush character which combines a touch of greenness with dry Muscatel flavour.

Legend has it, there was a man who had spoken out against a thief and been exiled from his homeland. The thief was the son of the King, who denied the theft and blamed it on his accuser. The King knew his son was guilty but he could not allow the scandal to damage his reputation and power, and so he sided with his son. The man was made to leave his wife and children and cross over the border alone.

Devastated, his wife decided she could not live without him and she threw herself at the mercy of the King. “Please allow my husband home. He has done nothing wrong. If you do not let him come back to me, I will kill myself, for I cannot live without him”. The King was shocked. He hatched a plan to send his guards to find the man and bring him home. But the son was appalled and did not want anyone to know the truth. So he plotted to kill the man before he came back into the kingdom. The King meanwhile, had been thinking about the situation and was ashamed at how he had reacted. He decided to travel to the border, disguised as a local, to personally welcome the man back into the country and ask for his forgiveness.

On the night in question, there was no moon out, and so it was very dark. The King dressed in black robes and covered his face. He travelled with a few guards to the border and he laughed and joked with them as they waited. His son, on seeing a local man with the guards in this way, assumed it was his accuser and perched up in the hills, shot an arrow through the man’s heart. It was then he saw the real accuser coming out from the woods, rushing to help the man he had shot. With horror, he realised he had killed his father.

He blamed everyone but himself and when he took control of the kingdom he was a cruel leader. Eventually the people could stand no more. They left to live just beyond the border, in a village they named Ghumti, meaning “place of turning”, for this is where they would turn their lives into something better. People followed and soon there was no one left for the son to rule. He lived out his life alone and afraid.

The people in Ghumti prospered and began growing tea bushes along the border. The village became well known for this rare tea and its dry Muscatel flavour and it became a symbol of things replenished and renewed. 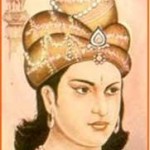 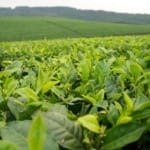 Tea Plants along the border 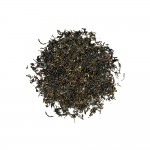