Coffee: Get in the know… 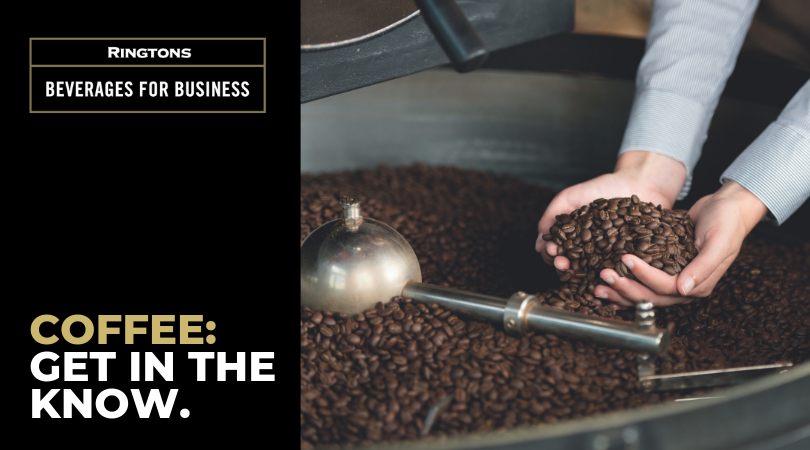 Ethiopia is the birthplace of coffee

Coffee was first discovered in the Kaffa region of Ethiopia in the 10th Century. The legend is that Kaldi noticed his goats became rather energetic after eating berries from a certain tree. Kaldi mentioned this to the abbot of the local monastery, who made a drink with berries and the rest is history.

The first coffeehouse in England opened in 1651 in Oxford

By 1675 there were more than 3,000 coffeehouses throughout England – people couldn’t get enough! They became known as the ‘penny universities’ – coffee cost a penny, and the coffeehouses became a place to socialise, philosophise and share ideas.

Who can’t get enough?

Although Italy patented the first espresso machine in 1905, today it’s the Finnish that drink the most coffee per person, per day!

It’s not all Arabica and Robusta

Coffee beans are actually a fruit, in fact, beans are the seeds from a cherry that grows on trees. Arabica and Robusta refer to the species of tree and although they’re the most cultivated types on the planet, however, there are numerous varietals of coffee.

What’s in the flavour?

All speciality grade coffee is made with Arabica beans and must exceed a SCA grading of 80. The species of beans does affect flavour profile. So, what’s the difference?

Caramel, citrus, floral, earthy…what does it all mean?

Coffee beans can carry all sorts of taste profiles depending on what type of bean they are, where they’re grown, how they have been processed and how long they’ve been roasted and that’s before the barista has even got their hands on them.

Typically, we can all recognise five taste sensations, salty, sour, sweet, bitter and umami and we all enjoy different flavour profiles that are born out of these sensations. Some beans will have nutty and earthy tones, others citrusy and floral, coffee can be smooth and chocolatey, or even fruity.