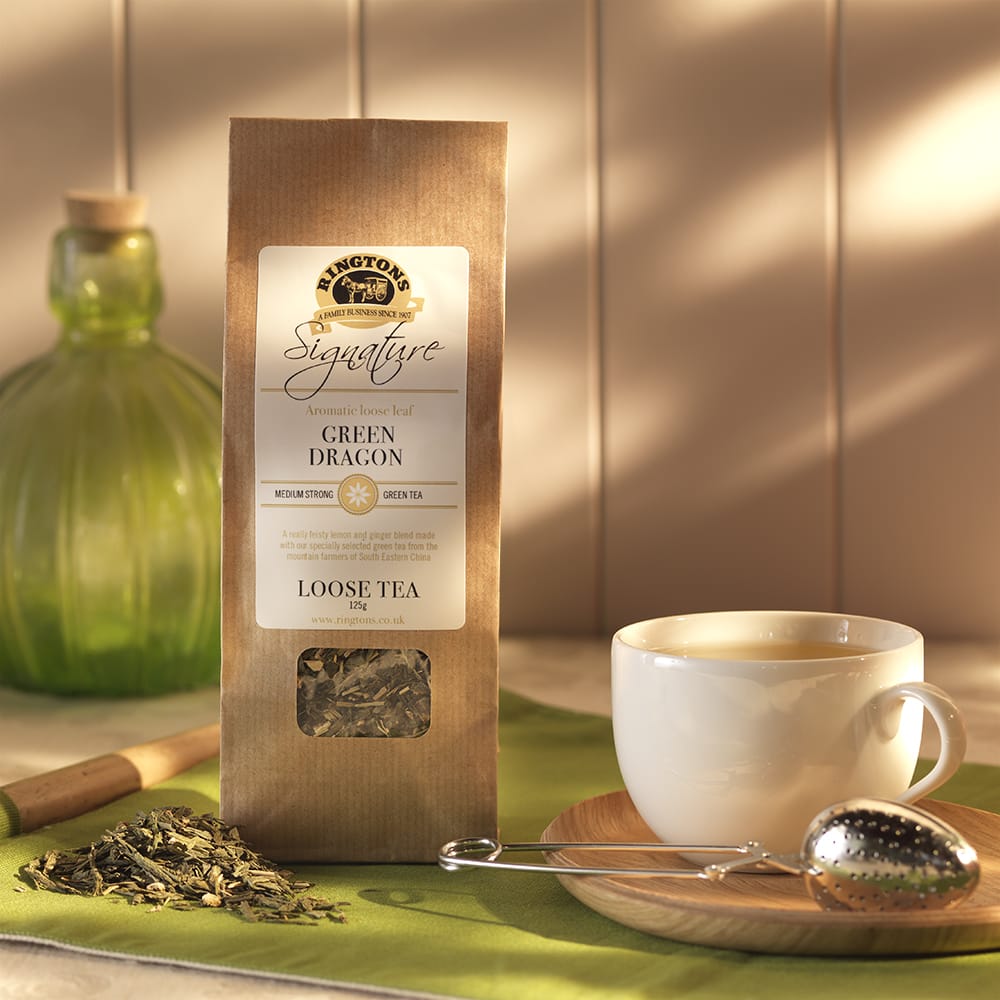 Renowned as the birthplace of tea, China was the main source of tea by the western world for hundreds of years, and Chinese tea remains one of the most popular to this day.

In celebration of Chinese New Year we thought we’d take a look at a few of the fantastic teas available on our online store (www.ringtons.co.uk) which originate from the country.

The Ringtons teas have been sourced by our intrepid team of master tea tasters who have selected the finest leaves from the 1.4million hectares of tea which is grown in the country – so there’s bound to be a tea to suit every taste.

For those who like their green tea with a fuller flavour and with a little more kick the aromatic Signature Green Dragon medium strong, green tea is a great choice.

The feisty lemon and ginger blend is made with specially selected green tea from the mountain farmers of South Eastern China.

For something extra special this Chinese New Year, the Tie Guan Yin is a premium variety of Chinese Oolong tea which originated in the 19th century and is part of the Ringtons Rare range. Processed using traditional techniques in a small village high in the mountains of Anxi County, Fujian Province, the leaves are in tightly rolled balls which unfurl when the tea is infused.

Distinct for its pale colour and orchid-like fragrance, this tea has a velvety mouth feel and a lingering aftertaste.

The Lapsang Souchong is an aromatic strong black tea. Found in Fujian, the Lapsang is pale and sweet and smoked to perfection to produce an appetising rich, orange coloured tea.

High in antioxidants this tea offers a simply, exquisite taste which is fresh and slightly sweet in flavour. Ideal for those who enjoy a lighter tea.

2015 is the year of the sheep and people born in the year of the sheep are said to be clever, kind-hearted, polite, compassionate and wise. Sheep are also considered gentle and calm and represent good things, so it looks like we’re going to have a great year this year – we’ll raise a cup (of Chinese tea) to that!