Our Authentic Golden Monkey (Jin Mao Hou) comes from Fuan county, Fujian province and is named after the appearance of the leaves. Only the bud and first leaf are picked, and the tea leaves are characterized by the pale gold threading which resembles monkey fur. After careful picking these highly prized leaves are subject to a complex rolling and shaping process known as Gongfu.

Contrary to popular belief, the tea is not named after monkey’s were trained to pick the leaves. It is so named due to the tea leaves appearance looking like the lightly-curved golden hair from a monkey.

Folklore tells of a prosperous village in the Fuan County of the Fujian province. Most of the village belonged to a wealthy landowner who treated his workers and the village people with great respect. He made sure everyone had a roof over their head, a place to work that benefited the community and enough food for their families.

The King heard about this place and sent his daughter to visit, with gifts from the palace. One of those gifts was a pair of Golden Monkeys, presented in a gilded cage. They had fur that curved softly and glittered in the sunlight.  The landowner, astounded by the princess’s good nature and loveliness, accepted the gifts with good grace but could not bear animals of such beauty to be locked up. That night, he took them to the fields and set them free. The princess, expecting an uncaring man, blinded by money and power, was impressed by his kind heartedness and good will.  They fell in love and the village prospered even more after their marriage. In particular, a new tea bush began to grow on the fields where the monkeys were set free. 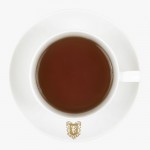 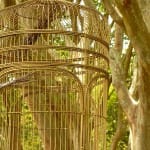 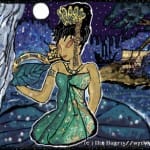