10 Reasons to Watch Wimbledon at Home 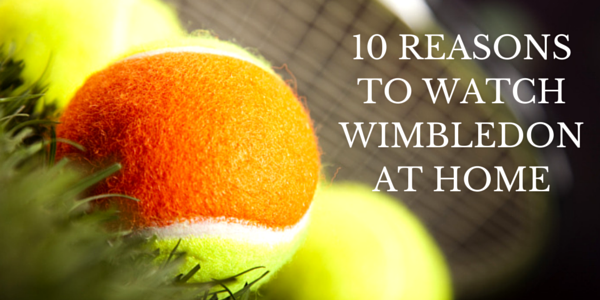 You know it’s truly summer when Wimbledon hits our screens and airwaves. Not everyone has the luxury of watching it live on court however, but we think it’s better watched from the comfort of your own home.

10 REASONS TO WATCH WIMBLEDON AT HOME

8. No dress code. At home, you don’t have to wear white, sunglasses or any kind of appropriate “I might get on the telly” summer outfit. You can even stay in your pj’s if you want.